Use an Exercise Ball to Improve Scapular Stability.

In order to perform any functional movement we need a stable base of support. In university they drilled into our heads "you must have stability before you can have mobility". This principle applies to the shoulder girdle as well. Lack of stability in the shoulder blade is often the cause of shoulder injuries such as bursitis, impingement, and rotator cuff tendonitis and tendinosis in the long term. Rather than creating movement, stabilizers control and slow down movement. Too much movement at the scapulothoracic joint causes one to lose control over what is occurring at the shoulder, leading to injury.

In a recent study muscle activity measured in the serratus anterior, upper, middle, and lower trapezius, and latissimus dorsi, with electromyograpy (EMG) has shown that exercises on the ball increase activity in the scapular stabilizing muscles. (1)
In this study 10 healthy men in their 20's were examined while performing the following exercises:

Results show that activity in these stabilizing muscles is occurring to a lesser degree in B. Kneeling pushup plus on a chair, suggesting if you are just beginning this exercise or are recovering from an injury, this is a good place to start. 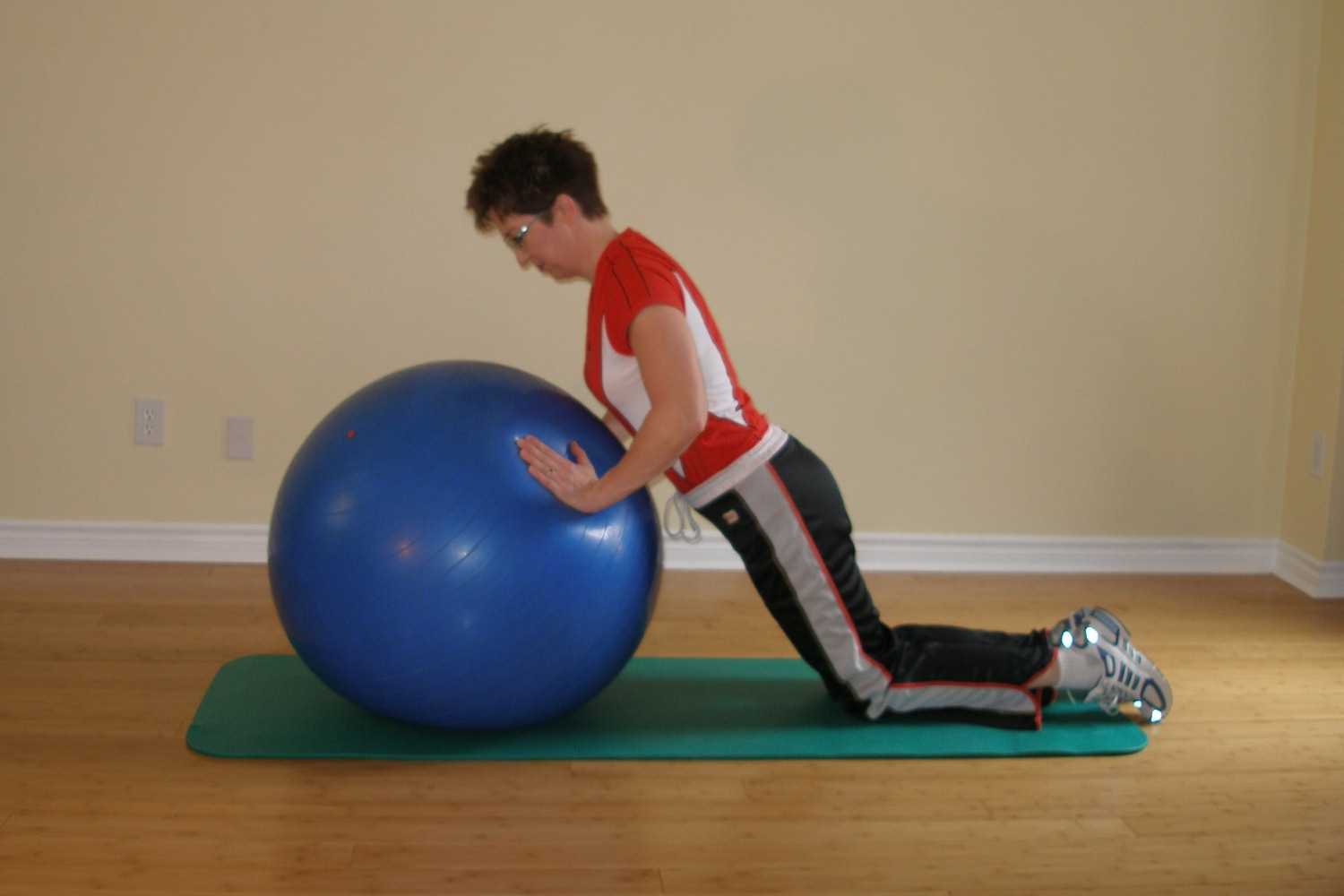 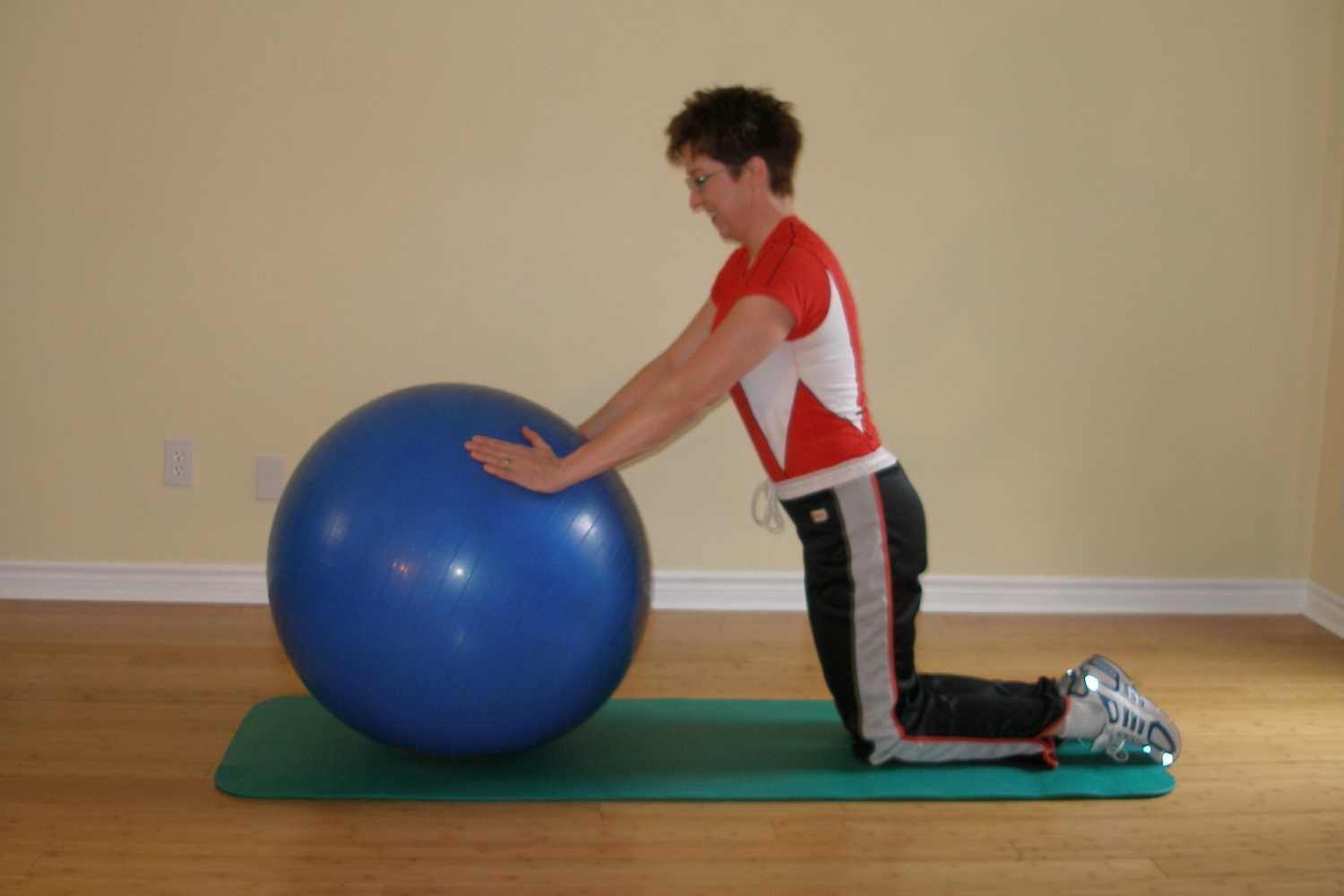 Illustration of the kneeling push-up plus using the exercise ball. After extending your arms, push further so that your shoulder blades come forward for the "plus" part of the exercise. 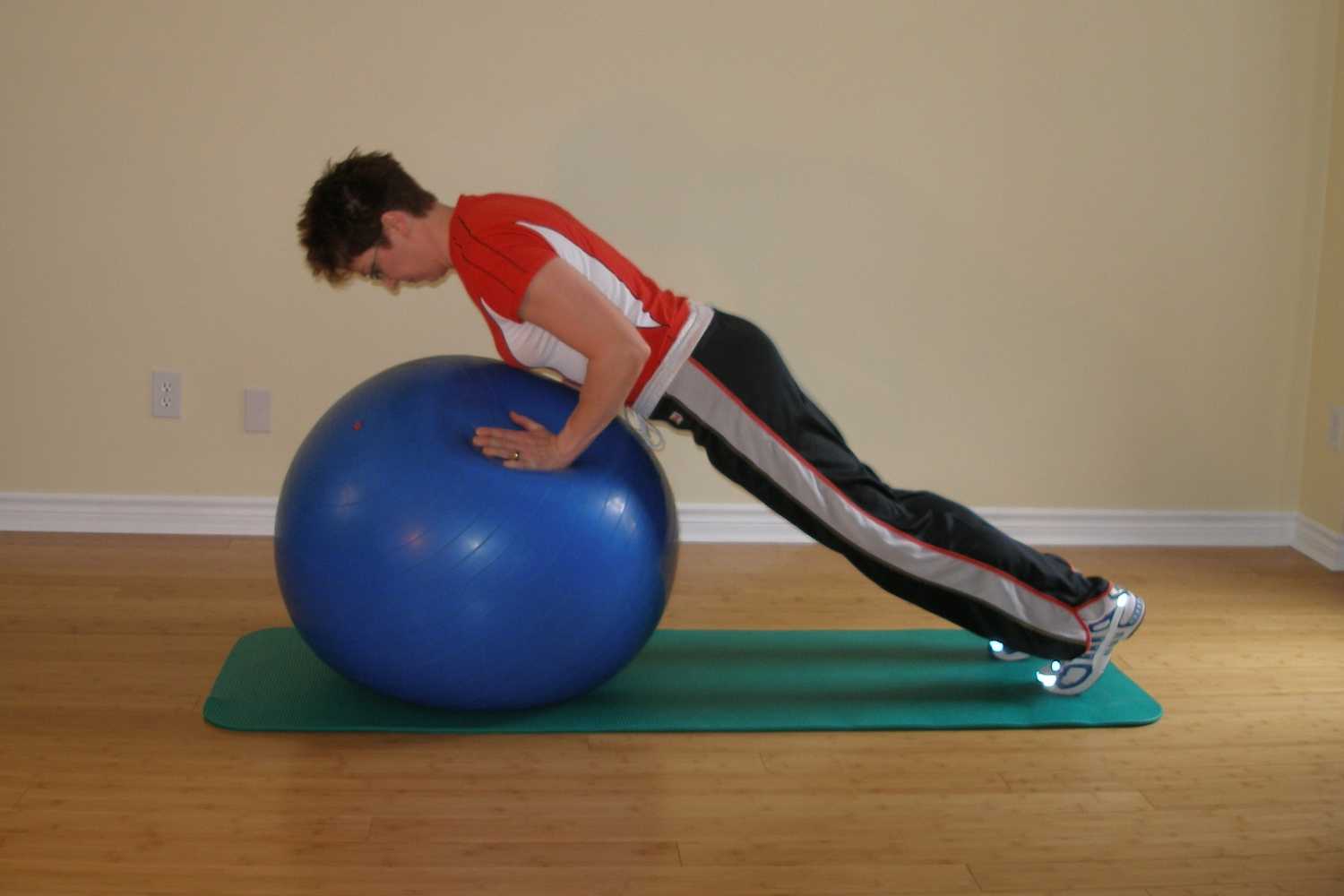 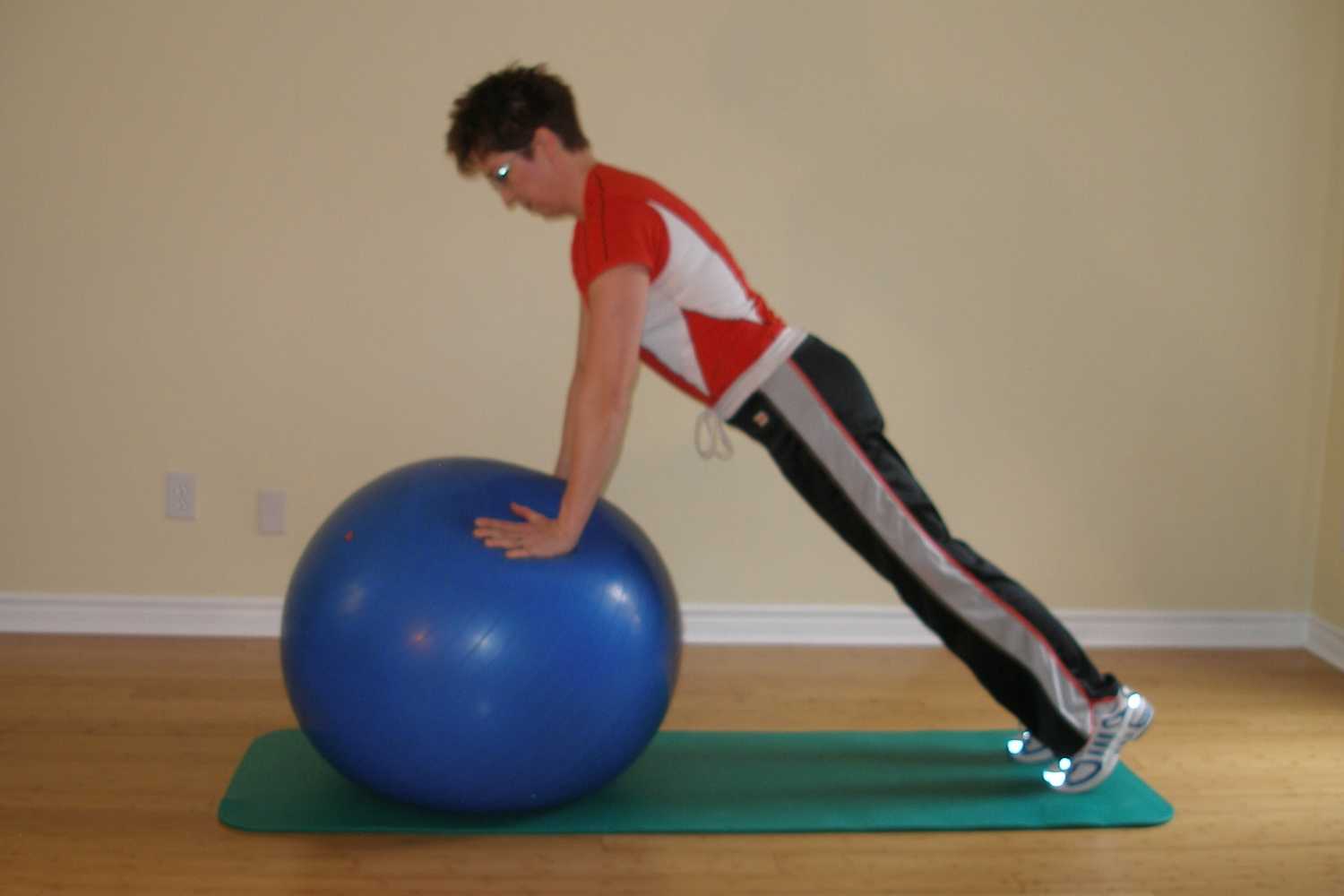 Illustration of the standard push-up plus using the exercise ball. After pushing up and extending the arms, push further to bring scapulae forward using serratus anterior for the "plus" part of the exercise.

For other scapular stabilizing exercises try the following:
Beginner
Static
Leaning Straight (standing plank on the ball)
Leaning Up
Leaning Down
Single Arm Lean (standing plank with one arm)
Knee Plank on Ball